“Habitat’s work is a true blessing, and I can’t thank everyone enough.”

On a quiet block in Strawberry Mansion, Vietnam War veteran Jep Livingston, Jr. holds his family’s rowhome near and dear to his heart.

“Watching my parents and knowing how hard they worked to keep us in this house, it means a lot to me,” says Jep, whose father, a WWII veteran, purchased the home in 1956 with assistance from the GI bill. Jep was nine years old at the time; His father worked in construction, and his mother was a housekeeper. 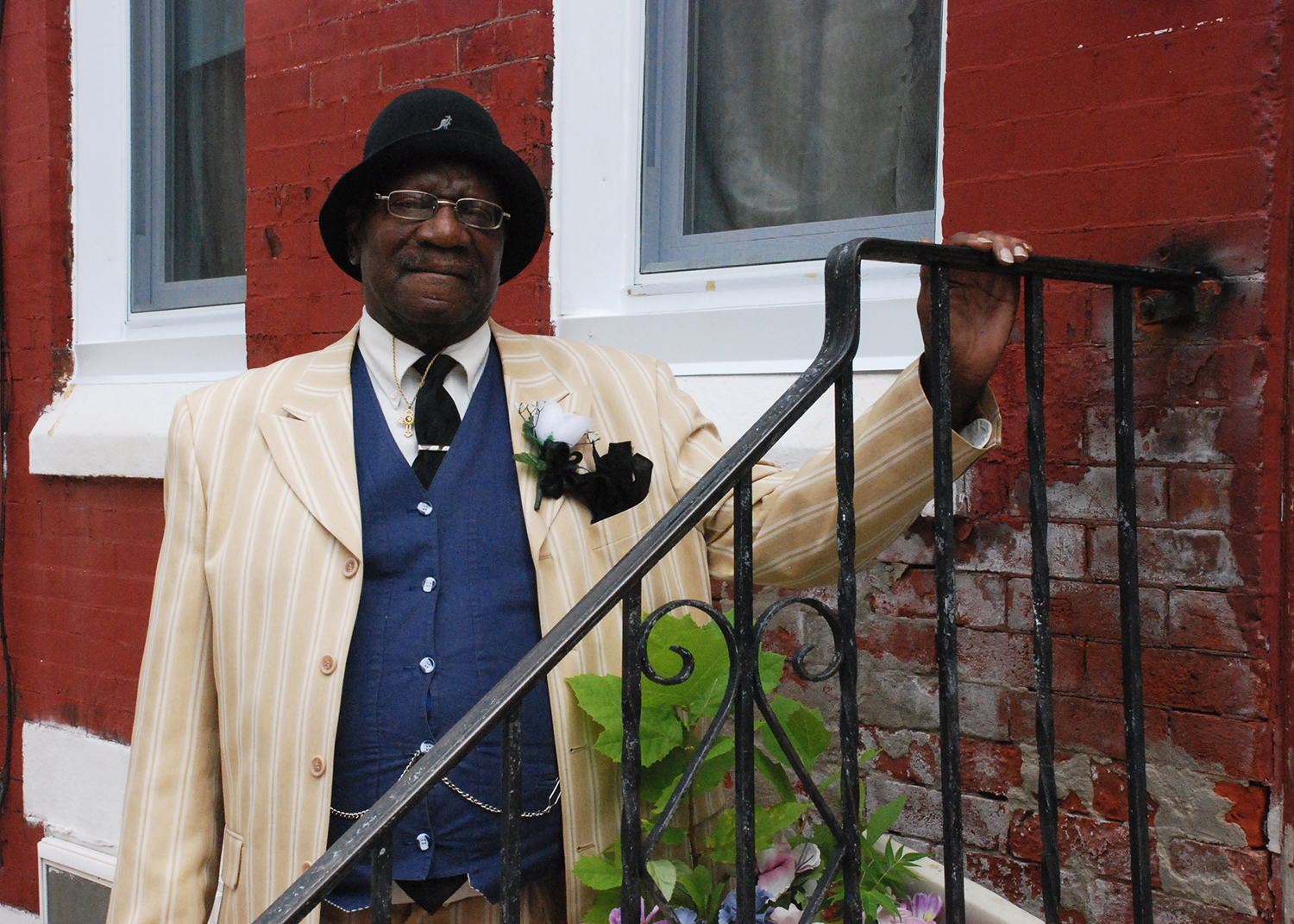 Jep grew up in the Strawberry Mansion home alongside his two sisters, and attended Benjamin Franklin High School before he was drafted and stationed in Fort Jackson, South Carolina in 1963.

Though he traveled the world, Jep eventually returned home to Strawberry Mansion. His thirty years of service would send him to Vietnam and Okinawa before eventually transferring to the PA National Guard in Willow Grove to be closer to his family.

While the family home remained a strong source of pride, it was also in need of dire repairs. The 1890s brick rowhome suffered from the same problems that many homes eventually do: water infiltration, and the passing of time. The kitchen ceiling began to fall in seventeen years ago, the electrical needed rewiring, and the floors were no longer structurally sound, among other issues.

Other organizations helped here and there, but it was not until Jep stumbled across information on Habitat’s Home Repair Program at the local Senior Center that he finally found the help needed to preserve this special home.

“I remember President Carter’s involvement with Habitat for Humanity and I was always impressed with his humanitarian efforts,” says Jep. “I saw the joy of new homeowners, but I did not realize there were programs to help veterans like myself with repairs as well.”

After his military service, Jep served the City of Philadelphia as a sanitation worker while he and his wife raised their two daughters. He later worked for a printing company, then as a bill collector, and eventually he retired from his position at a South Philadelphia food distribution center.

“My retirement was the happiest day of my life,” says Jep. The best part of this deserved retirement is “being able to wake up every morning and see the sunshine…and then roll back over if I want to!”

The extensive work of our Home Repair Program allows Jep to enjoy his retirement with less worry and more freedom. With the house in better condition, he can focus on the important things in life, like his grandson’s many T-Ball games.

“Habitat’s work is a true blessing, and I can’t thank everyone enough.”

As for the future of this beloved family house, Jep jokes (rather seriously) that his daughters “better keep it in shape!” for years to come.