“Every day living is happy. No matter what else happens, at the end of the day, this home is mine. I get to turn my key every day as I have for ten years.”

A North Philadelphia native, Habitat homeowner Season Hall grew up near 29th and Jefferson Streets, and heard about Habitat for Humanity through an aunt in Fayetteville, North Carolina who was familiar with Habitat’s work in her hometown and encouraged Season to look into homeownership opportunities in Philadelphia.

Once accepted into our Homeownership Program, it was not just about the house, but the journey: “The best part of the process was truly the people. I worked with some of the most caring people at Habitat, who really make you feel like you are part of ‘the family’ and support you at every step of the process.” 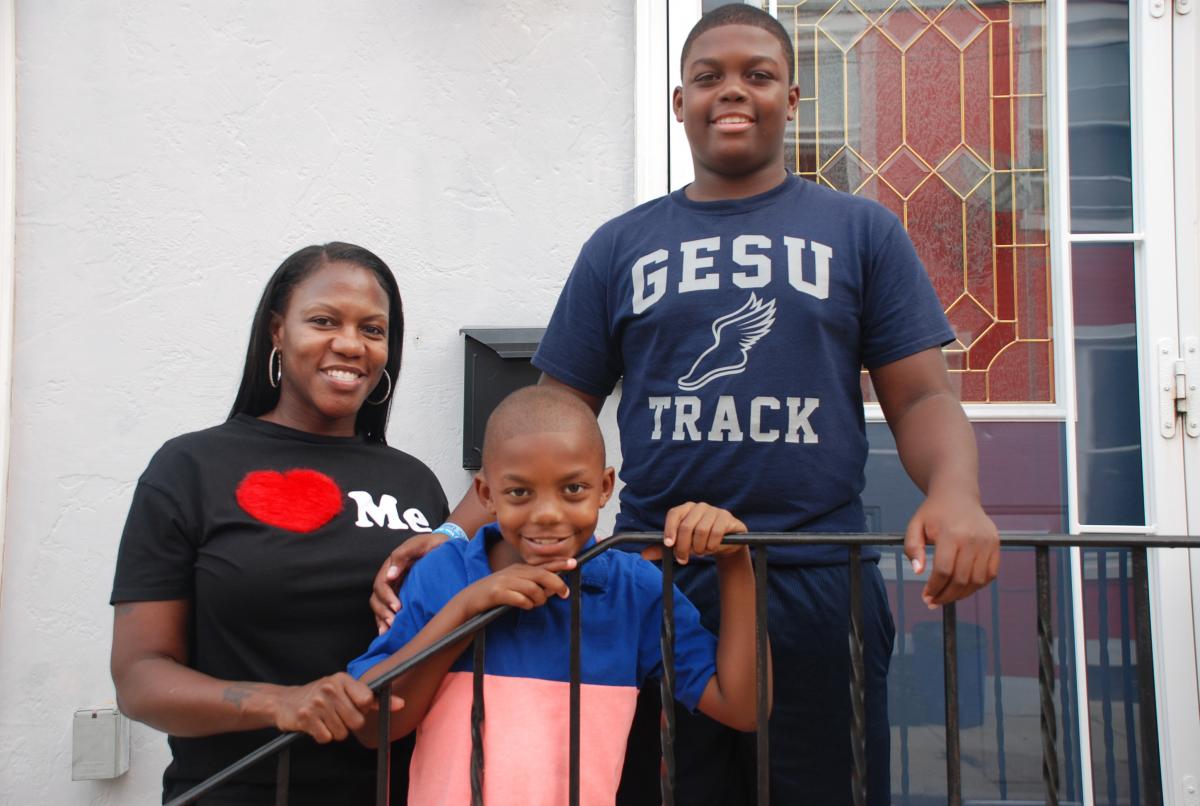 By the time Season purchased her home in 2006, Germantown merged with the other organizations to form Habitat for Humanity Philadelphia as we know it today. Season’s new home would be on Monument Street, not far from our offices in North Central Philadelphia. The ability to raise her children in a home she owns provides stability and an opportunity to teach her family valuable lessons.

“I see homeownership as a benefit to my children because of the lessons that they learn by watching me,” says Season, who has called Monument Street home for more than a decade now. “Everything is my responsibility, and it allows them to see what is important and how to respect what is ours.”

Season works as a painter at Hahnemann Hospital, and is ready to put a fresh coat of paint in her own living room. Though her job makes her an expert, she credits Habitat’s workshops as a huge influence on her capabilities as a homeowner. From credit repair to home repair, Season felt well prepared for the responsibility of owning her home.

Her eldest son, Samaj, was three years old at the time of Season’s home dedication. Now thirteen, he likes hanging out in the upstairs of the house and plans on becoming an engineer when he grows up. Little brother Liam, age six, says his favorite part of the house is the living because that is where he can safely keep his beloved bike. What does he want to be when he grows up? “A BMX rider,” he says with a grin.

The space in the home also allowed Season’s mother to move in with the family as she recovers from a recent surgery.

Season says her favorite memory of the Habitat journey was coming by the house during construction and seeing how far along it was. She remembers a moment standing in the downstairs, and thinking, “This is my house.”

Now? “Every day living is happy,” says Season. “No matter what else happens, at the end of the day, this home is mine. I get to turn my key every day as I have for ten years.”