When Habitat for Humanity Philadelphia began working in Sharswood, our Neighborhood Revitalization target area, we asked ourselves, how could we best serve residents?

A partnership with the Brewerytown Sharswood Neighborhood Advisory Committee (the NAC) helped cultivate a support system committed to listening and understanding the neighborhood assets and residents’ most pressing issues.

Habitat Philadelphia began neighborhood revitalization work in Sharswood, North Philadelphia in 2015 shifting our impact on families in three ways. First, we moved from working in neighborhoods to working with neighborhoods. Second, we expanded our services in a community to include other public realm building activities, such as updating the Athletic Recreational Center, moving the North Philadelphia Peace Park, and working with local churches on repairs to their buildings. Lastly, and perhaps most drastically, we committed to working with a coalition of residents and organizations towards gains in sectors beyond just housing and construction.

What does that mean?
Habitat Philadelphia’s neighborhood revitalization work is deeply rooted in building partnerships. It seeks to improve the quality of life of residents in a community. It is more than a program, but rather, a philosophy that builds upon the gifts, dreams, and concerns that residents have about their neighborhood—not building for residents, but alongside residents to empower communities to drive and sustain their neighborhood. A robust partnership with Sharswood’s anchor community organization, the Brewerytown Sharswood NAC makes it possible for us to make this philosophy a reality. 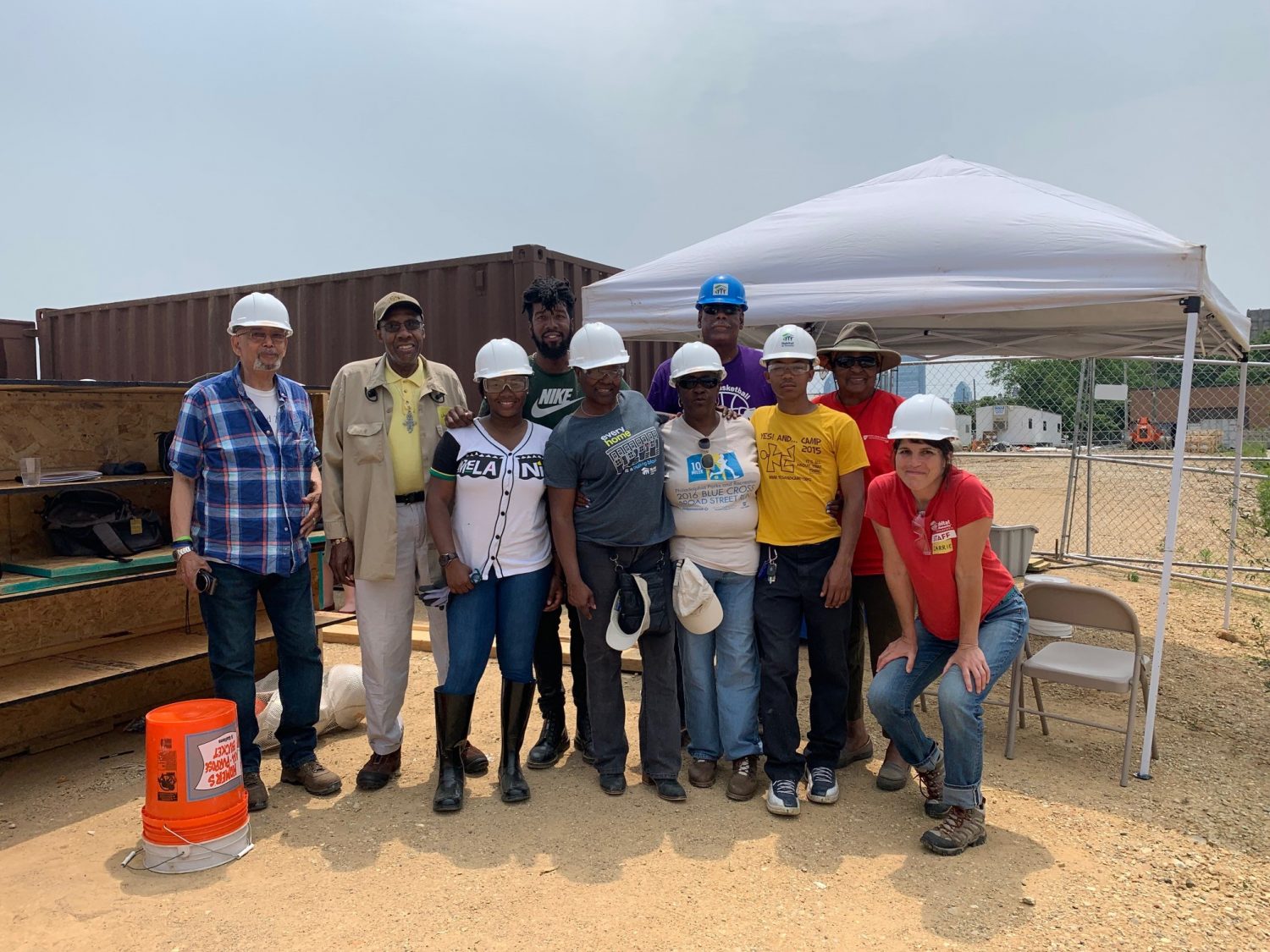 Members of the Sharswood Brewerytown neighborhood on site at Oxford Green for a community build day.

The NAC’s mission of connecting residents to resources perfectly aligns with Habitat’s neighborhood revitalization goals. As a foundational partner in Habitat Philadelphia’s neighborhood revitalization work, we strategize together about how to best serve residents. From marketing and outreach for Habitat programs, helping to identify partners and resident leader, launching and facilitating neighborhood projects, running housing and estate planning workshops, supporting resident clean-ups and snow removal projects, to advocacy and community evaluation efforts—the NAC has been a deep and valued partner.

In the spring of 2018, the NAC officially agreed to co-convene the Brewerytown Sharswood Neighborhood Coalition with Habitat Philadelphia. Most recently, in the spring of 2019, the NAC joined us in completing 232 resident surveys so we can quantify neighborhood strengths and needs, and determine how to most effectively continue our work in Sharswood. Now, we even share an AmeriCorps member working out of both organizations.

We are so grateful for our partnership with the NAC under the Brewerytown Sharswood Neighborhood Coalition. Neighborhood revitalization is ongoing and transformational. It is new avenue helping us reach more Philadelphians. At Habitat for Humanity Philadelphia, we recognize that ongoing collaboration with the NAC makes this work possible. We are excited to continue on this path together.

Darnetta Arce, Executive Director of the NAC and Carrie Rathmann, Director of Strategic Partnerships at Habitat for Humanity Philadelphia discuss our work in Sharswood in the following video. Check it out: