“They’re building families with friendship. It’s a lot of love.”

Future Habitat Homeowner, Cynthia awaits the day her home in Oxford Green is complete. She looks forward to a community of Habitat Homeowners—neighbors that she has befriended through their shared experiences. With her Habitat family alongside her, she knows that her community will be a safe and secure place for her to call home.

“I grew up in North Philly, on 10th and Master.” In her youth, Cynthia frequently played outside in the backyard of her row home. Now, she watches her children and grandchildren play on the playground across the street. Being a long-time resident of the neighborhood, Cynthia recalls that, over the years as she would watch her children play, she was vigilant in making sure they left the playground early for their safety.  Now, she notices positive changes. The neighborhood is becoming safer, but she still seeks the security and self-reliance homeownership would bring.

“I was content in [my current rental of 18 years.] It was great for my family and me, but I just want to own my own home. I pay almost $1,100 for rent, and I could put that money into something that I could leave to my son or my grandchildren.” With the state of the housing crisis in Philadelphia, Cynthia is one of many residents that is paying more than 30% of their monthly income on rent each month. 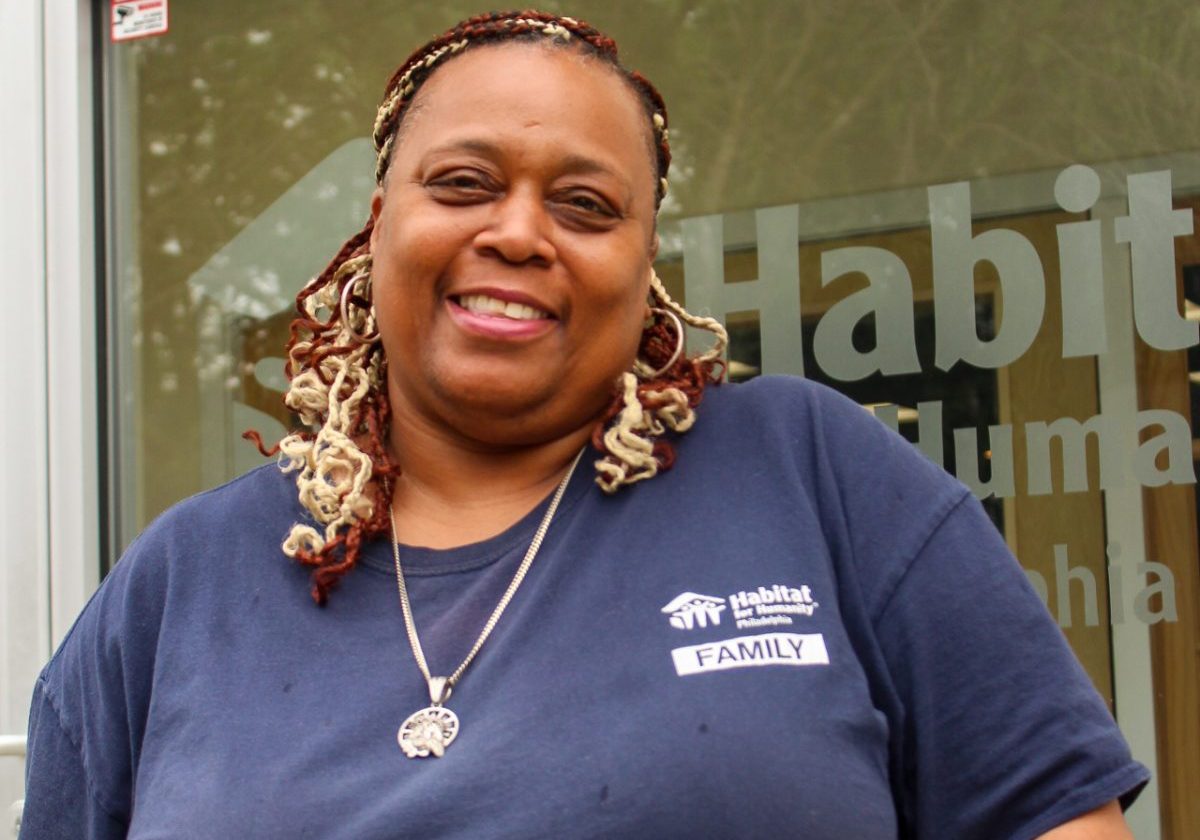 Cynthia standing outside the Habitat for Humanity Philadelphia office.

For Cynthia, homeownership provides the stability a family needs to thrive. The CNA nurse learned about Habitat’s Homeownership program through a coworker. She decided to apply, and fast-forward to today—she is completing her 350 hours of sweat equity, is on track to buy her home in Oxford Green, and is very eager to live in a larger community of Habitat Homeowners.

“When I told them I got my address, everybody [family, Habitat neighbors and staff] was so happy for me because they know that’s what my heart desires—to have my own home.”

Cynthia is excited to continue many family traditions in her new home. “God has blessed me with a wonderful husband of 5 years, and he has been a great asset to me and my children.” Every other year the couple have a slumber party on Christmas Eve in their home with all the children and grandchildren. On Thanksgiving, the entire family gathers just for their mother’s cooking. “I do the cooking, and I don’t mind; I love it. I love to cook for my children.”  Her children have even already begun planning a celebration for the day their mother moves into her new home.

“It’s going to be a lot of happy times. I want to be able to show my house off and see my blessings that the Lord has blessed me with—let others know, ‘You, too, can do this.’ It’s a long process, but it’s going to be worth it in the end.”