For Ellen Farber, the success of Habitat for Humanity Philadelphia comes as no surprise.

“It is unbelievable that Habitat takes volunteers that have no building experience, and lets them step in and feel like we’ve contributed,” Farber said. “That is something that Habitat offers that very few non-profits can offer. That is the secret sauce for Habitat.” 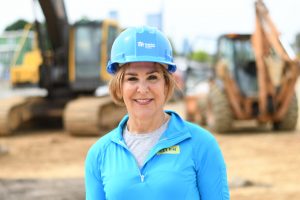 She first became connected to the organization in 2015 when Habitat Philadelphia was planning to move the ReStore to its current location in South Philadelphia. What started as a chance to lend her professional interior design skills to stage the new store quickly grew to include positions on various committees, a trip with Habitat Philadelphia to help build in Guatemala, and ultimately to her current position on the Board of Directors.

After serving in multiple roles, including on both the ReStore and Finance committees, Farber commissioned a class of students from Harcum College to work alongside a new Habitat Homeowner to share their interior design expertise. From there, she was asked by Habitat to spearheaded an effort to launch a Women’s Build Day at Habitat Philadelphia in 2019.

“It was really amazing to bring together a group of pretty powerful women that took the time out of their busy schedules to do something totally out of their comfort zone,” Farber said. “All of us had our tool belts and were hammering. We did a lot of framing that day and the group was really committed to doing it and doing it well.” 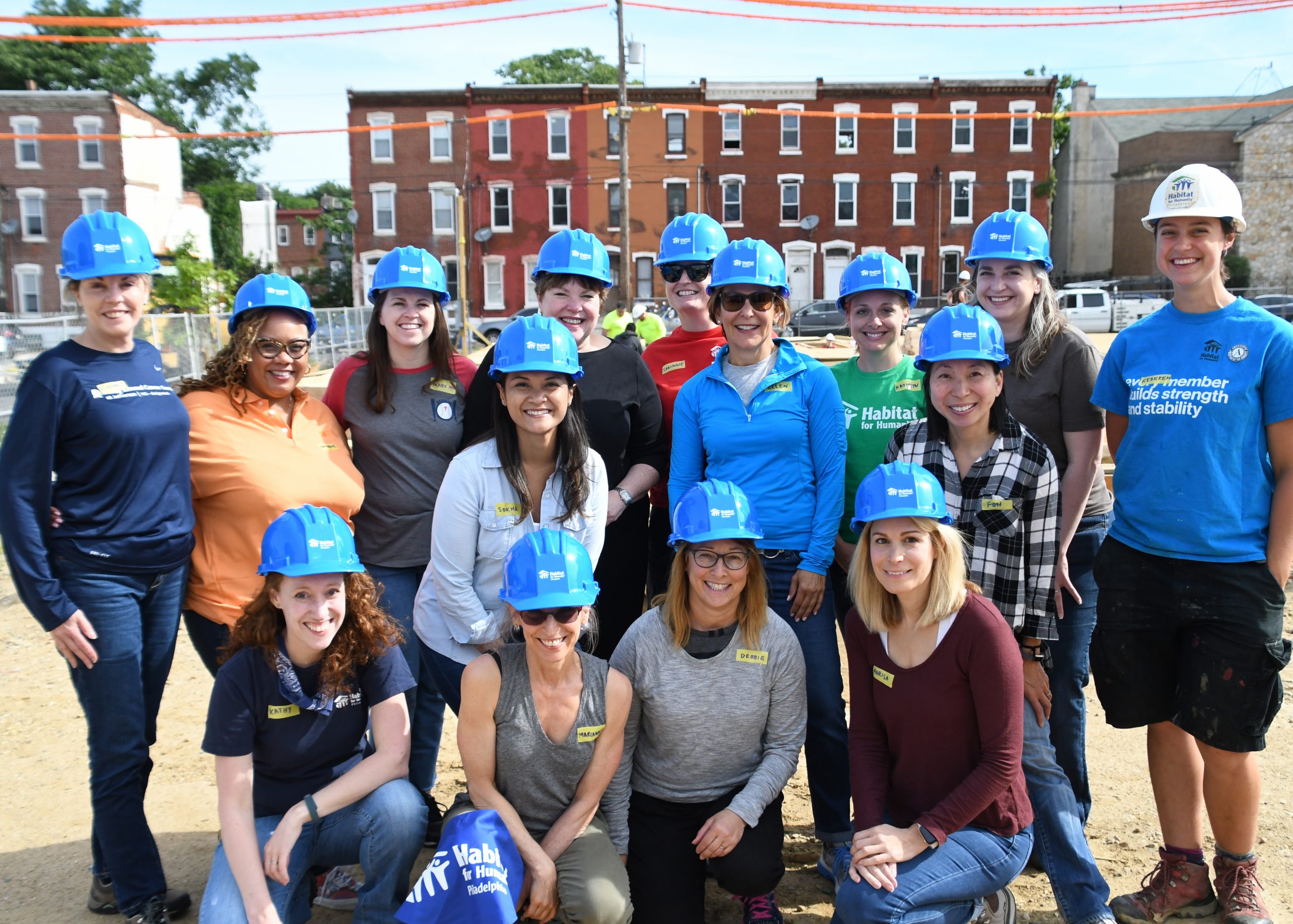 That following fall, she joined Habitat for Humanity Philadelphia on a Global Village Build trip in Guatemala. “The staff and everyone involved in the Habitat community in Guatemala stepped in to show us how to be a contributing member and make a difference,” said Farber. “It was really touching to see how the Philadelphia team could so selflessly work so hard for families in other communities.”

Through her experiences and her time sharing her expertise, Farber has seen Habitat Philadelphia grow over the years and believes this is a perfect time to launch the We Build Together Campaign, a first for the organization.

“As the organization matures and becomes a bigger player in the city, we need to raise the money in a new and different way in order to scale the operations and meet the growing need for affordable housing in Philadelphia,” Farber said. She believes that Habitat Philadelphia has the momentum to make an immediate impact through the campaign. “There is no time like the present. We are not going to wait. Everything is poised. It’s an investment in the community. It’s an investment in the future.”

Habitat Philadelphia’s vision of a city where everyone has a decent place to live is not lost on her either. Farber notes that “this year, education is happening at home. The importance of home and the infrastructure and support that it provides to every age group, but especially kids, resonates with people. And the repair work that Habitat does helps the older generation to age in place” at a time when remaining safe at home is more important than ever.

As the organization prepares to launch it’s first-ever campaign, ‘community’ is one of the We Build Together initiatives, and also a crucial part of what Habitat Philadelphia builds in Farber’s opinion.

Habitat has been focused on acquiring land and building neighborhoods for Habitat families as it scales, instead of the more traditional single home project.

“People that go through the Habitat Home Ownership program together have shared something that is life changing for them,” Farber said.  “The kids know each other. The parents have each other. It’s a community.”

Make Your We Build Together Gift

“Home is the safe place. Home is the cozy spot. A place you can be yourself and feel comfortable. It feels just right.”