Why Habitat? “Our Roots Speak To Who We Are.”

Donald Moore was introduced to Habitat for Humanity Philadelphia like so many others: at the annual Building Hope Luncheon.

Moore was invited by a former board member to Habitat Philadelphia’s signature event. “I was shocked at how large the luncheon was,” said Moore.  Meeting current and future Habitat Homeowners at the event left an impact on him, as he was able to see exactly how his contributions and efforts would directly benefit others. Within a year he was invited to join the Board of Directors. 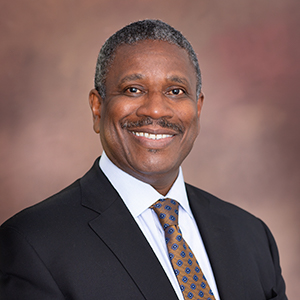 While he came to Habitat Philadelphia through the luncheon, it was far from his introduction to the world of affordable housing, or even to Habitat in general.

Originally from Chicago, Moore found himself in New Jersey later in his career. During his time there, he built schools in impoverished communities throughout the entire state, and while doing so also ran a non-profit housing organization that focused on new home construction and renovations in the city of Plainfield.

“Once I got plugged into the housing world, I saw I could bring some value to it,” Moore said. “I worked for Ryan Homes for 2 ½ years out of college, which helped me develop some chops towards rapidly developing many houses simultaneously in an affordable way. I was able to reapply this knowledge to non-profit housing, and I haven’t come up for air yet.”

It was in New Jersey that Moore first volunteered at a Habitat build site. “Being able to put my fingerprints on it was a rewarding experience,” he said. “The on-site experience, once you get past the camaraderie and introductions, is real work.”

As a member of Habitat Philadelphia’s Board of Directors, Moore has seen the organization grow steadily over recent years, and while he admits the $5 million We Build Together campaign is daunting, he feels the organization is ready for the challenge.

“Now is the right time because we have a track record of what we have accomplished,” said Moore. “If anyone wondered if we are a fledgling non-profit who will occasionally build a home, we are much bigger than that. We can show how we trended upward. We have all the data to demonstrate a strong track record of an upward trend of growth and our ability to manage a more scalable project….we have proven ourselves. With enhanced financial support from benefactors and also continued and more support from The City of Philadelphia, we can be more expansive than what we’ve been in the past.”

The We Build Together campaign focuses on equity, longevity, and community, and Moore feels that the funds raised to support Habitat Philadelphia’s repair program are especially vital.

“The repairs program sets us apart on a scalable level,” Moore said. “There are too many people who have been pushed out of their homes by unscrupulous developers, preying on the vulnerable, driving prices up and displacing people from the communities that they call home. Habitat Philly is a unique offering to the community because it has the repairs program…you stand a better chance of community stabilization using this technique.”

Moore is excited to see the organization take its next step powered by the We Build Together Campaign, but years after he attended his first luncheon, those same values that Habitat for Humanity Philadelphia was built on are still what resonate with him

“I know that our origins are pure. Our mission is pure. In a city like Philadelphia that needs more social justice activism within it to lift everyone else up, our roots speak to who we are.”

Make Your We Build Together Gift

“It means a foundation for stability and/or generational wealth. Which also delivers stability.”