Is the lack of affordable housing the next crisis? 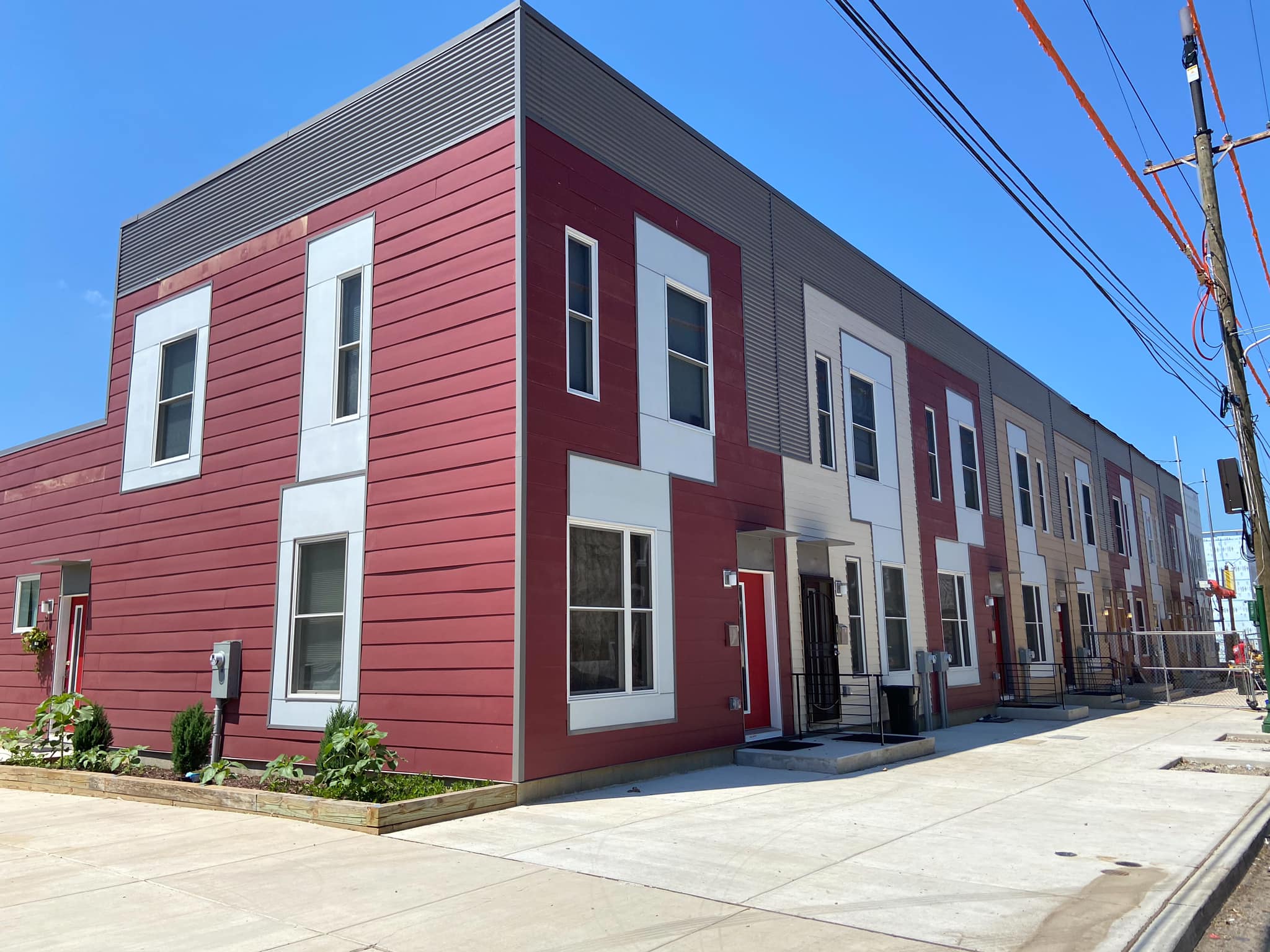 Come November 2, voters will face this question on the ballot.

Shall The Philadelphia Home Rule Charter be amended to provide for a mandatory annual appropriation for the Housing Trust Fund?

Before you answer, consider that nowhere in the United States will a minimum-wage job afford someone a modest two-bedroom apartment according to a National Low-Income Housing Coalition (NLIHC)  report.

Over the past decade, federal and state funding for affordable housing has declined creating a widening gap between need and supply.

Statistics like these explain why housing affordability threatens to become the country’s most explosive social issue.

The city’s Housing Trust Fund (HTF) is one attempt to funnel money housing. Created in 2005, it pulls in about $14 million annually from a $80 to $100 charge on each deed or mortgage recorded. Over the past 16 years, it has become the city’s primary tool for addressing affordable housing, and more than $138 million in HTF revenue has been used for to assist in new construction and rehabilitation efforts.

Affordable housing advocacy groups in Philadelphia have been conducting a campaign to expand and stabilize HTF funding.  A winning “yes” vote in November would mean HTF will get additional funds through a mandatory annual appropriation of at least one half of one percent (0.5%) of the total amount of General Fund dollars for the same fiscal year. It is estimated that would total $26 million in the first year. But to make that funding shift requires a change to the home rule charter, a bill that Councilperson Derek Green (at-large) sponsored and Mayorr Jim Kenney signed.

According to a Pew Charitable Trust affordable housing report, 40% of the city’s households were cost-burdened in 2018 (the last year for which data was available). Cost burden is a U.S. Department of Housing and Urban Development (HUD) created metric that means they spend more that 30% of their income on housing costs — rent, mortgage payments, utilities and property taxes. Half of the cost-burdened are considered severely impacted because their housing-related expenses take 50% of their income.

When renters are unable to pay it leads to evictions, fueling the homelessness issue. ACLU reported that of the estimated 2.3 million evictions that are filed annually, the rate of those filed against Black renters is nearly twice the rate of white renters. Of course, the pandemic made everything worse. Nationally about half of cost-burdened households reported lost income since March 2020, and 17% reported being behind in rent  —  11% of white, 21% of Latinx and 29% of Black renters.  Together they owe American landlords between $12 billion and $17 billion.

Several nonprofits recently announced their plans to help close the gap between need and supply.

The first Monday in October is World Habitat Day — a day designated by the United Nations to meditate on housing as a basic human right. Corinne O’Connell, executive director of Habitat for Humanity Philadelphia, used this year’s recognition to announce the public phase of the agency’s We Build Together campaign:a $5 million effort to build and repair more homes in the city. 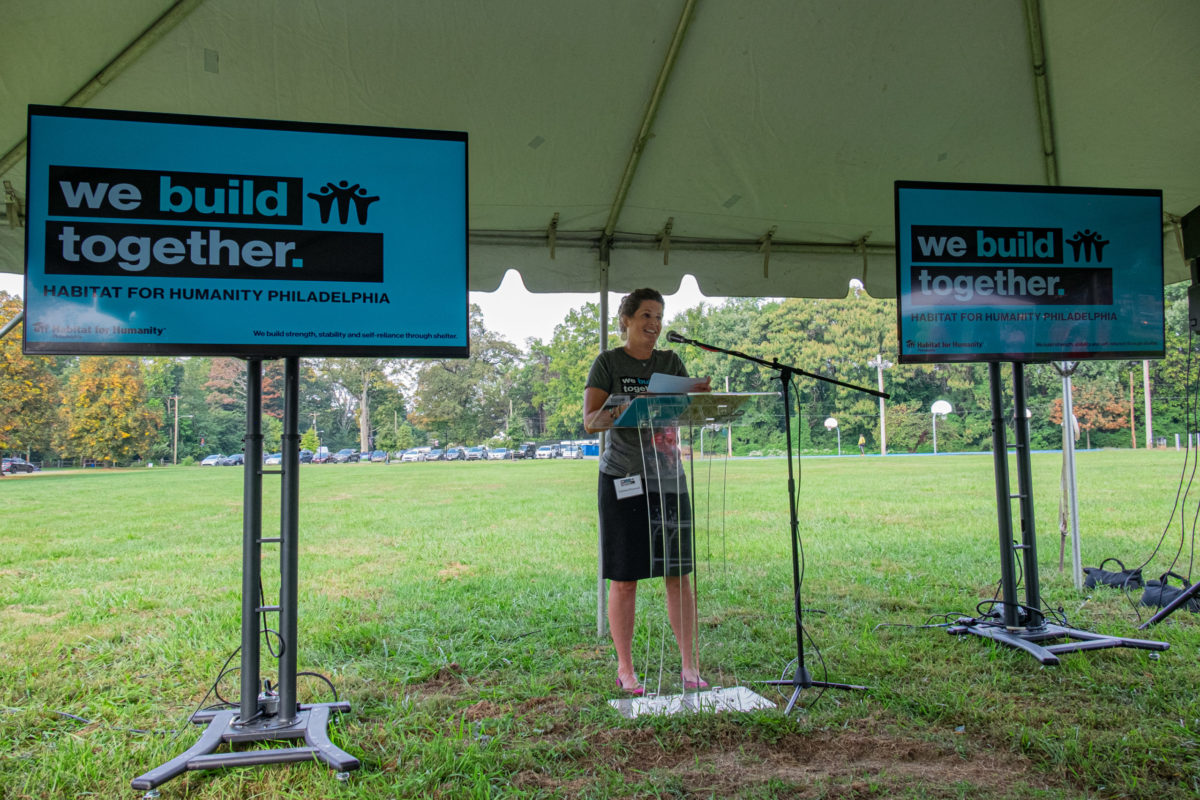 Corinne O’Connell, executive director of Habitat for Humanity Philadelphia, announcing the public phase of the agency’s We Build Together campaign in October 2021. (Courtesy photo)

“When the four years of our We Build Together Campaign is completed in June 2022, Habitat will have worked alongside 285 families. What’s even more important, when this campaign ends, Habitat will have the capacity to turn it up and reach 160 more families the following year,” O’Connell. said “The biggest obstacle to buying a house in Philadelphia is not the monthly mortgage payments, it’s the down payment. (Lift is providing) a forgivable loan,” explained Mortgage Retail Market Manager Ernst Campbell. “Twenty percent a year will be forgiven.”

Rev. Luis Cortés of Esperanza told the Philadelphia Inquirer that they are also working to maintain affordable housing. “Well, we are building an affordable-housing land trust so that we can purchase as many homes in El Barrio to keep them affordable.”

According to the Pew report, half of all Latinx households in Philadelphia are cost-burdened, the highest share of any major racial or ethnic group “and a reflection, in part, of the city’s high poverty rate among Hispanics.”

“We must be bolder in our thinking and actions now that we are finally beginning to recover from the COVID-19 pandemic,” Green said when he first introduced the legislation. “We cannot afford to squander this opportunity to reset and create equitable systemic change for all Philadelphians, now and into the future.”

Habitat for Humanity Philadelphia Launches We Build Together Campaign