Family gets ‘stability, security, a place to call home,’ thanks to Conshohocken developer’s new charity 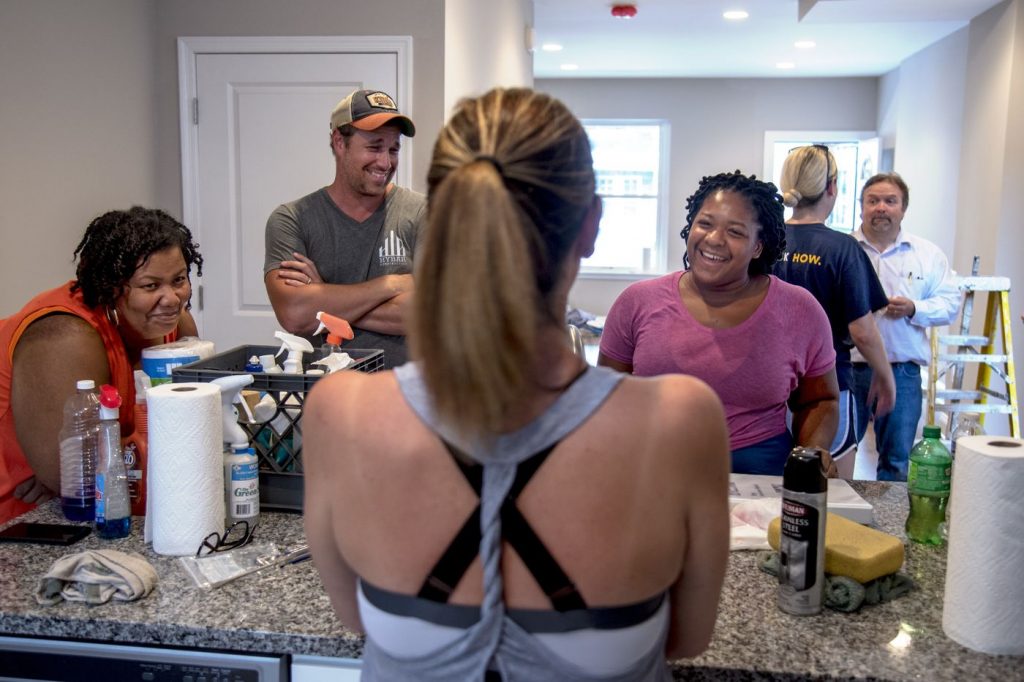 For two years, Lois Napper prayed daily for a house that she could call her own.

She prayed for something better for her two children — Jade, 3, and Cameren, 9 — than the too tight, rundown apartment in West Philadelphia of the last four years, where she says mold has taken over the closets and aggravates her son’s asthma, the roof leaks, and cockroaches run roughshod every winter.

On Tuesday, the 30-year-old single mother closed on the first house she has ever purchased.

The 1,300-square-foot rowhouse in the Carroll Park neighborhood has three bedrooms, one bath and, of course, no mold. Jade cannot wait to move into her own bedroom for the first time; she plans to decorate the walls with princesses. Cameren’s room overlooks a small backyard perfect for cookouts and a kiddie pool. The porch has a shiny coat of gray paint and a new roof that extends to the neighbors, whose own has seen better days. The kitchen has granite countertops and brand-new appliances. Throughout, there is laminated hardwood. 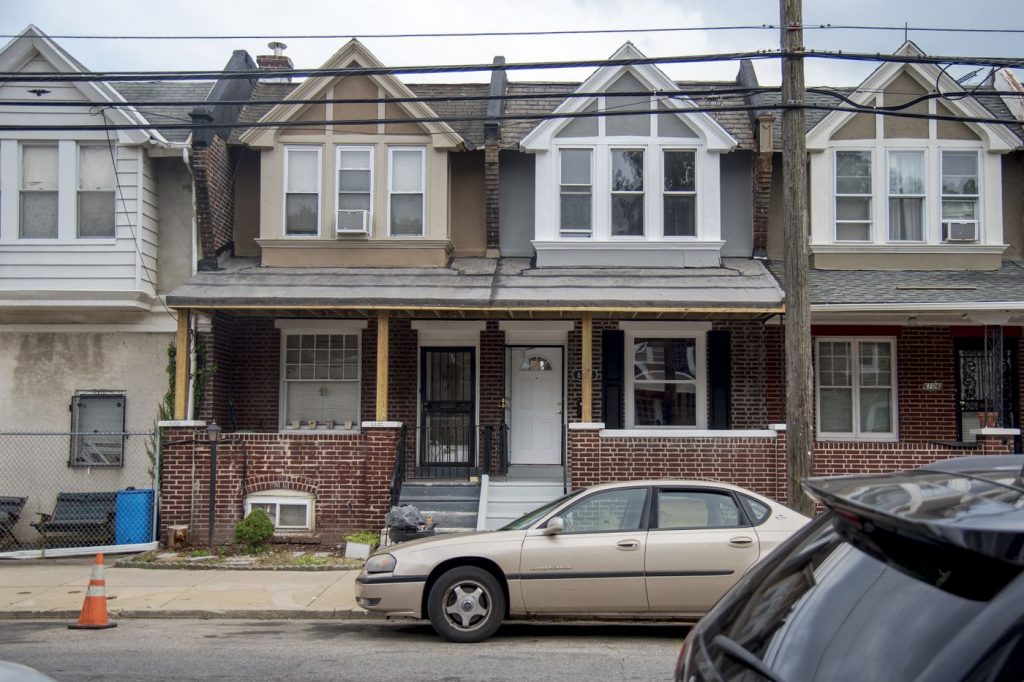 So does How Charities, which bought and rehabbed the rowhouse — its first project. An arm of the Conshohocken-based How Group, which develops properties, the nonprofit was established in 2017 with the goal of providing affordable housing.

“We have it in our core values, giving back,” said Gary Jonas, managing member of the How Group. The company has long raised tens of thousands for nonprofits, provided hundreds of Thanksgiving meals, and supported holiday toy drives. It still will do much of that. But, Jonas said, How wanted to “better leverage the money it was giving away. It became super clear that to do that, we needed to do what we’re really good at. That’s developing properties.”

For this inaugural house, How partnered with Habitat for Humanity Philadelphia, part of the international nonprofit that builds affordable housing, to select a family. Napper is enrolled in Habitat’s Homeownership Program, which prepped her through 350 hours of “sweat equity” at other Habitat properties and classes on all things related to buying and keeping up a house, said Rita Calicat, director of family services for Habitat Philadelphia.

“We believe in homeownership,” Calicat said, “that everyone deserves a decent, comfortable place to live.

“This,” she said, taking in Napper’s house, the 213th that Habitat Philadelphia has dedicated, “means stability, security, a place to call home. The kids can make lasting memories.” 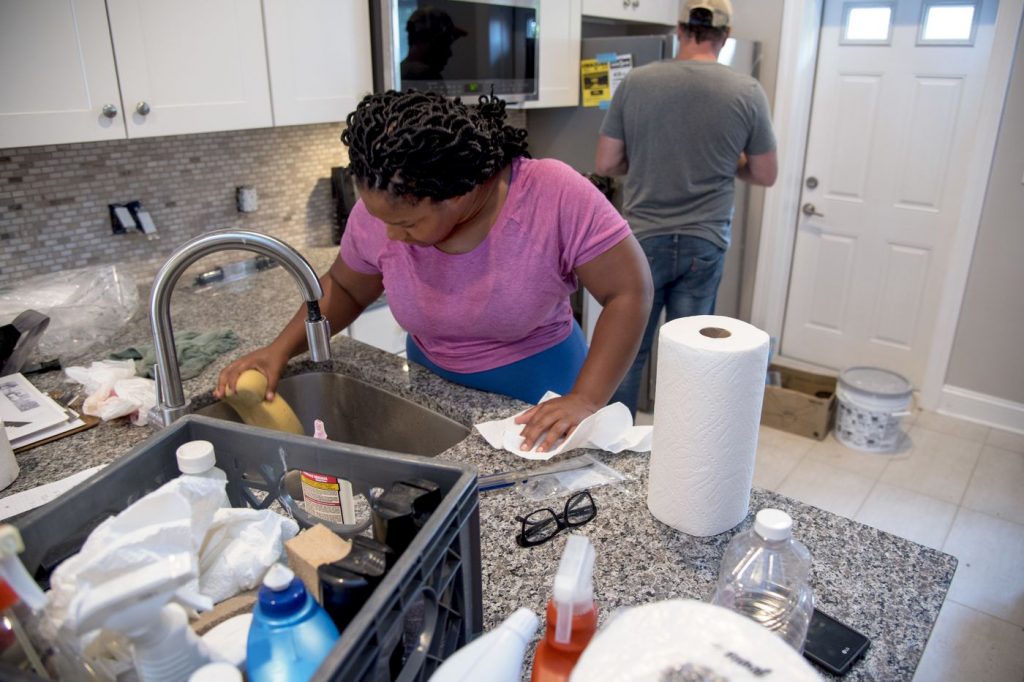 When the How Group launched its charity with a $280,000 budget, its goal was ambitious: By 2020, it wanted to rehab and turn over the keys to 10 homes a year. The charity, though, bumped into reality.

“It’s way harder and more complicated than we thought it was going to be,” Jonas said, noting the lengthy process for attaining nonprofit status. How’s partnership with Habitat helped smooth the way. Next year, it plans to work with Big Brothers and Big Sisters to identify needy families for two homes.

Now, Jonas said, the aim is to deliver 10 homes a year by 2023 — putting it on the path to being a significant player in meeting housing needs. By comparison, Habitat Philadelphia built 13 homes in fiscal year 2017, according to its impact report.

“There is so much poverty in the city,” said Mary Pack, coordinator for How Charities, “so many people struggling to keep a roof over their heads. It’s time for us to help out.” 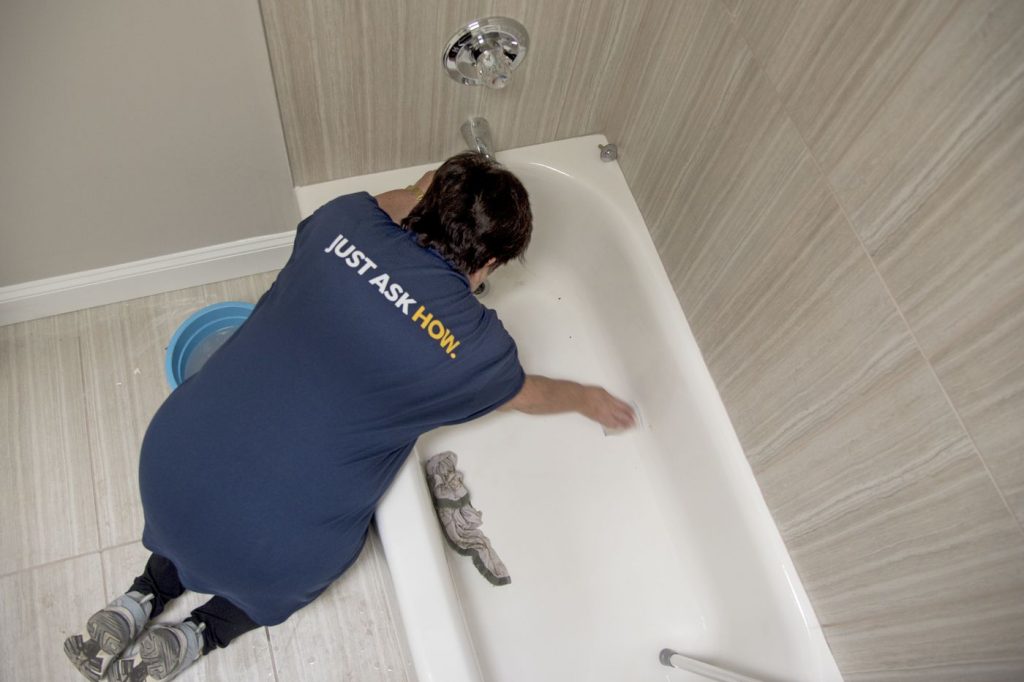 Nineteen contractors who work with How Group volunteered time and materials to remake the rowhouse, purchased by the charity for $46,000.

“They took the house to the bare bones and redid everything,” Pack said. Essentially, it is brand new. Pack added that Napper, whom she has gotten to know, “is a wonderful role model for her children and others. It is well-deserved.”

Harte Electric in Wynnewood handled all the electric work, contributing an estimated $6,000 in labor and materials, owner Turlough Harte said. “I thought it was the right thing to do for Gary and his company. He’s always done the right thing by me.”

A few days before the dedication, several How employees gathered to scrub windows, clean the bathroom, and wipe down the countertops.

Katie Donovan, project coordinator for How Charities and senior coordinator for How Group, sprayed a pane and rubbed at a spot with a rag. She said this project differed from How’s past community service efforts. “Rather than just donating [money] or showing up to help out, you make it happen,” she said. “This being in-house, you really get to see it through, from start to finish.”

Napper took a break from polishing the doorframe to show off the house — her home.

Napper walked into the master bedroom. “This is my room,” she said, proudly, “and I have two closets.” 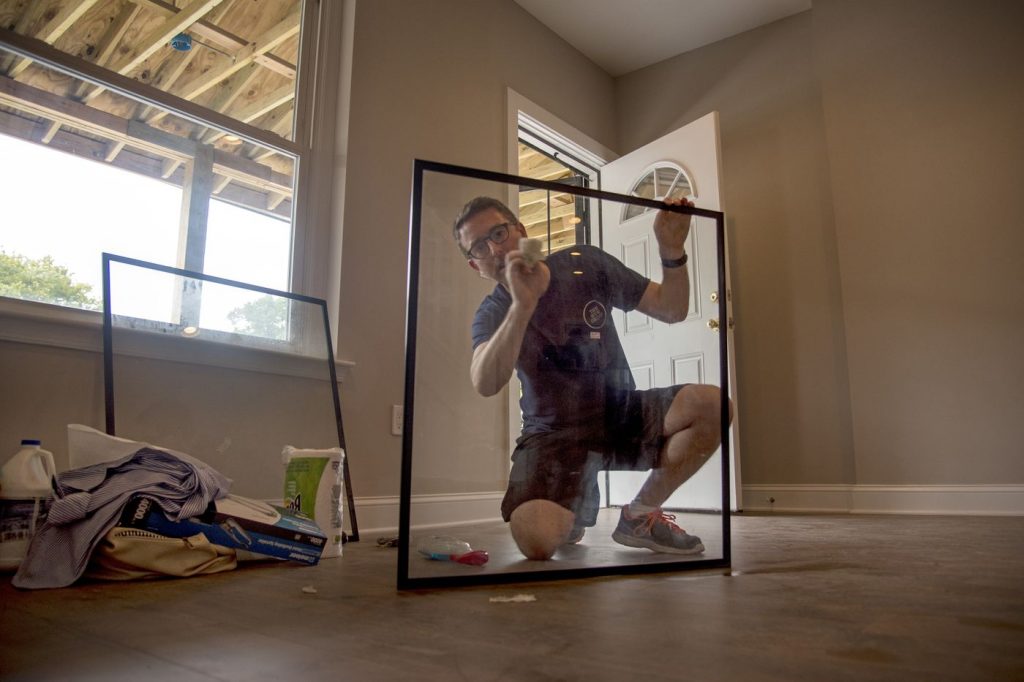 As part of its agreement with Habitat, How sold Napper the house by way of an interest-free mortgage provided through Habitat. Napper said she would pay about $250 a month — a total of $600 when taxes and insurance are added. Her apartment, she said, rented for $900 a month. (How Charities will get the mortgage portion each month to help fund future projects.)

Napper, who has an associate’s degree in human services and works for Habitat’s home repair department, allows that she’s nervous over the responsibilities of owning a house.

She is determined, though, to find success. Her children motivate her. Napper knows from her college studies that children raised in homes owned by parents fare better. She tells her children, “We need to own our home so you guys can be more successful. You all get older, you get up and go wherever you want to go, and you still have a foundation.”

To that end, Napper says she plans to keep a separate bank account dedicated to home repairs and include reminders for annual maintenance in her calendar. She also talks about building equity — exactly the word that Jonas likes to hear.

He envisions homeowners such as Napper using that equity to invest in a second property as a rental, a way to “get out of a cycle of just getting by and into a cycle of building wealth.”

For now, Napper’s goal is more modest: Settle in, save toward new furniture, make a home.

“I’m going to be cooking, baking,” she said, standing in her new kitchen, “and barbecuing while the kids are in the pool.” 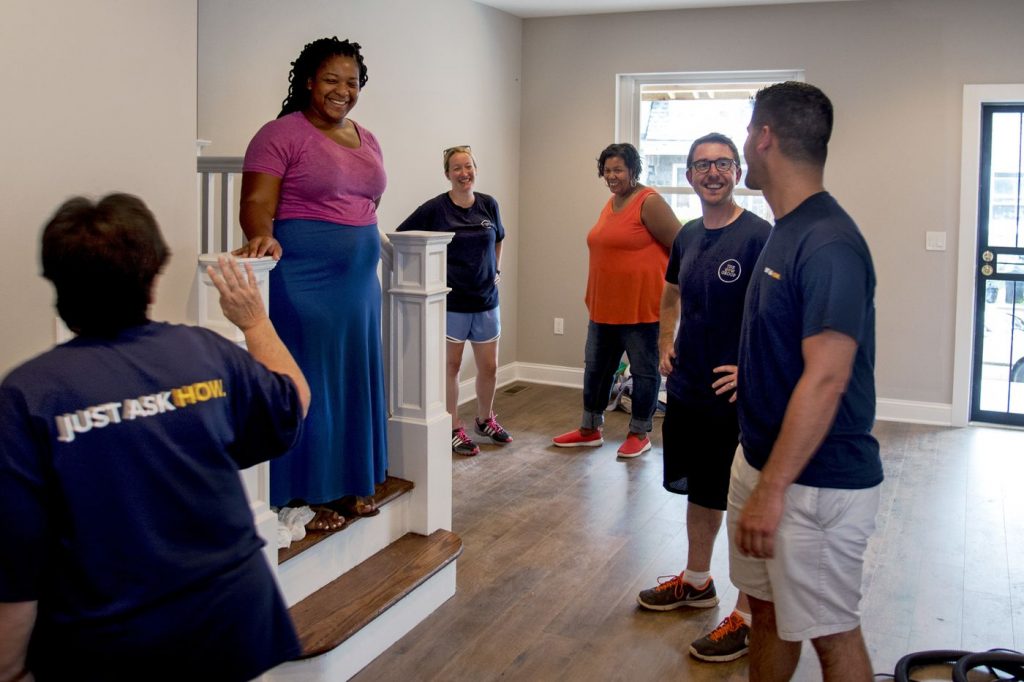 Originally published in the Inquirer. Photos by Tom Gralish.