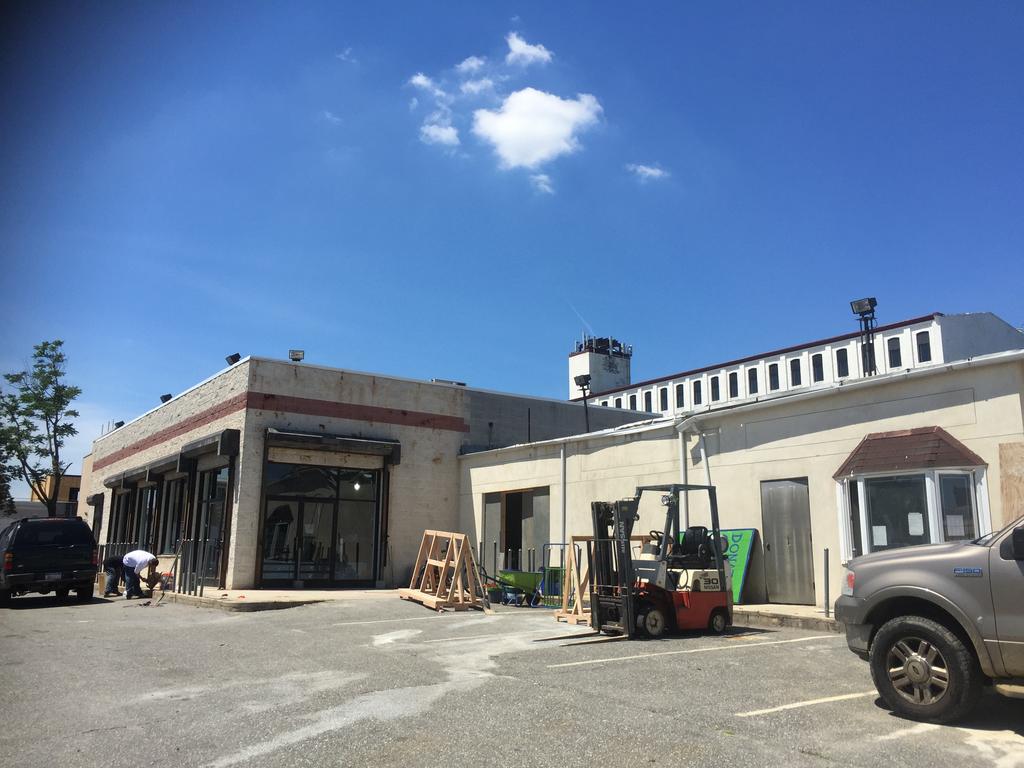 The outside of Habitat for Humanity’s ReStore, opening on Friday at 23rd and Washington streets.

Habitat for Humanity’s ReStore is “Five Below meets Home Depot” and one is coming to Point Breeze this Friday.

The 17,000-square-foot store – located at 23rd and Washington streets in what a former Asian grocery store – will sell new and used furniture, home goods, appliances, building supplies and other household items.

ReStore’s stock is made up of products donated by area residents and larger companies like Ikea, Sharper Image and AKA Rittenhouse Square.

The shop sits in a community where redevelopment is a hot button issue – and the same neighborhood where Habitat has already constructed five homes. The nonprofit plans to unveil its sixth Point Breeze home in July.

Frank Monaghan, executive director for Habitat for Humanity Philadelphia, says the ReStore will be a major source of funding to continue building and repairing its homes in the city.

“The business community on Washington Avenue has embraced us, and I think [the ReStore] will be good for us and for them,” Monaghan said.

The ReStore relocated from Kensington to Point Breeze mainly because of the traffic pattern, Monaghan said.

The new Washington Avenue location, however, puts ReStore on a corridor filled with building suppliers.

But the competition is not a concern, Monaghan said. It is more likely the neighboring businesses will benefit from each other’s presence, he suggested.

In 10 years, he said he hopes Philadelphia will have four ReStore locations.

Monaghan also said Habitat’s ReStores typically do well. With 850 locations across the U.S., he said the average net store profit is 30 percent.

The Point Breeze ReStore will employee eight people, including 34-year-old Audreyelaine Coleman, who works with the nonprofit and owns a home through Habitat with a zero equity mortgage.

“It’s a double pleasure for me because I get to tell people exactly what our cause is and they get to see it by me being a homeowner and by being a cashier here, which is a great thing,” she said.

The area’s development was a focal point in the recent race for council between local developer Ori Feibush and incumbent Kenyatta Johnson, who took nearly 63 percent of the vote to win the race.

“Habitat for Humanity has been a tireless advocate for equitable development in Philadelphia for decades, so I am thrilled to welcome the Habitat team’s next initiative to South Philadelphia,” Councilman Johnson said in a statement. “The Habitat for Humanity ReStore will provide low-cost building materials to local residents and businesses while raising critical funding for its mission to provide affordable housing to those in need.”

Johnson will be present at this weekend’s event opening and food will be supplied from Federal Donuts, Rosa’s Fresh Pizza, Kermit’s Bakery and more.

How Philly Could Fight Gentrification With Rowhouse Fix-Ups