How Philly Could Fight Gentrification With Rowhouse Fix-Ups 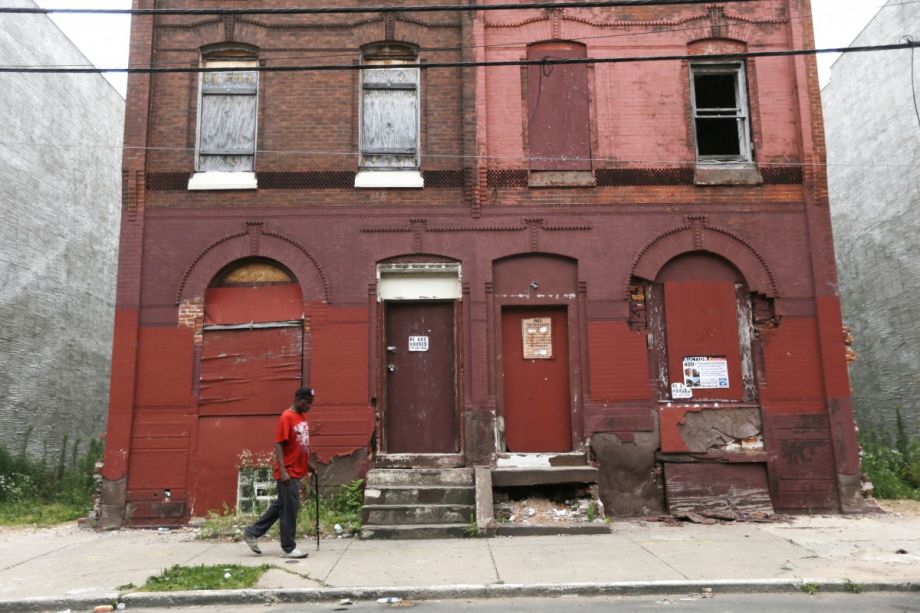 By Alexis Stephens, Next City

Philadelphia has an exceptional supply of cheap, handsome single-family rowhouses. Unfortunately, after years of deferred maintenance or vacancy, many don’t pass the livability test. Those fighting for neighborhood stabilization and strategic long-term planning saw a victory last year when Philly’s city council approved the strategic plan of a new land bank to target the redevelopment of thousands of vacant buildings, lots and other tax-delinquent properties. But questions remain about community agency over the land bank and potential displacement issues.

As the rapidly developing real estate market in downtown Philadelphia continues to fan out into neighborhoods famously affected by decades of disinvestment, there are two noteworthy efforts by groups trying to fight the displacement of longtime residents and businesses. One is eying a “flip tax” and the other hopes to help low-income homeowners get the resources they need to keep their houses in good repair.

The Healthy Rowhouse Project is a coalition of design and health professionals advocating for the idea that the most affordable homes are the ones that low-income people are already living in.

“Our brick rowhomes are those houses that the wolf couldn’t blow down in the three little pigs story,” says Karen Black, a former civil rights lawyer and current CEO of May 8 Consulting. “They can last another century if we take care of them, but because we have so many low-income homeowners, we have many people living in homes who don’t have the money to take care of them.”

She notes that 38 percent of Philadelphia homeowners earn less than $35,000 a year. Those households often have trouble with making quality repairs and can be susceptible to flippers looking to buy distressed properties. The city has a basic systems repair program, which provides free critical electrical, roofing, plumbing and heating work to low-income households — with a current waiting list that’s 6,500 houses long. It could be four years before some applicants get attention.

“One of the things that Philadelphia is clear on, is that we need affordable housing. And we never are going to solve that problem, because it costs more than $300,000 to build a single unit of affordable housing,” says Black. “At the same time, we can repair an existing home that people are already living in for $10,000 or less. So the numbers really work to have this make sense.”

Home repair nonprofits like Rebuilding Together, Habitat for Humanity and local CDCs are trying to do what they can, but they are only able to renovate an estimated 70 homes a year. The Healthy Rowhouse Project is hoping to create public health and housing policies and establish financing mechanisms that would enable 5,000 owner- and renter-occupied homes to be repaired each year.

The coalition favors deferred loans to low- and moderate-income owners to finance repairs, pointing to programs available in King County, Washington; St. Paul, Minnesota; and Genesee County, Michigan as models. Black says she’s focused on preventing rowhouses from ever getting to the new land bank.

“The land bank is about those homes we’ve already lost to abandonment. We lost them decades ago and we’re still losing them now,” she says. “The Healthy Rowhouse Project is about getting in before that happens and making sure that the senior living in their home has a healthy place to live that they can pass down to their children and build wealth.”

Nora Lichtash, director of the Women’s Community Revitalization Project and member of the Philadelphia Coalition for Affordable Communities (PCAC), sees the land bank initiative as a positive, but she also wants to make sure that banishing blighted properties doesn’t equal getting rid of longtime residents. That coalition essentially wants to make gentrification benefit longtime residents by introducing a “flip tax.”

“Development is happening in Philly and we are supportive of that, but because the market is rebounding, there’s also gentrification occurring,” says Lichtash.

As I wrote last week, a PCAC report, “Development Without Displacement,”found that in the past five years, 77 percent of new market rate housing in the city was built in North, South and West Philadelphia. Concurrently, 50 percent of the rental households in those neighborhoods are housing-cost-burdened. And people are moving out: Since 2000, the African-American population of those areas has dropped between 22 and 29 percent.

The report’s primary recommendation is for city council to pass an anti-speculation bill that would tack on a 1.5 percent fee to the city’s 4 percent realty transfer tax for properties that sell more than once in 24 months. The additional funds would boost the city’s Housing Trust Fund, which invests in the production and preservation of affordable housing. The report estimates that the 1.5 percent increase would generate an additional $12 million a year.

“We don’t want to hurt the market, and we don’t believe that this suggested tax increase would,” says Lichtash.

Implementing a flip tax could be a hard sell in Philadelphia. Lichtash says that PCAC looked at a similar anti-speculation tax in San Francisco as a model. That S.F. proposition was defeated 54 percent to 45 percent last fall. Currently PCAC is trying to identify a champion in city council who would introduce anti-speculation legislation, but momentum might depend on the next mayor.

The Equity Factor is made possible with the support of the Surdna Foundation.