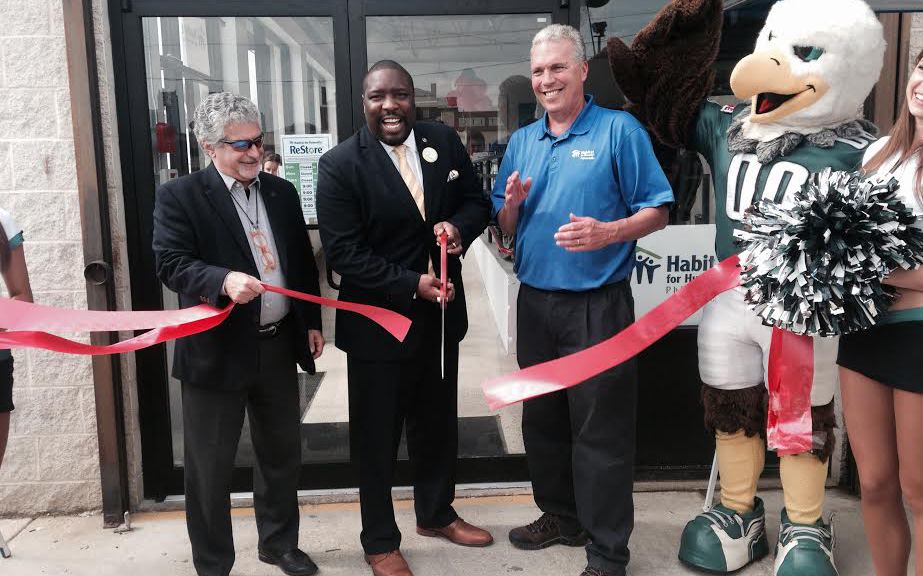 PHILADELPHIA (CBS) – Roberto Colon was a man on a mission when Habitat for Humanity’s retail store, ReStore, opened on Washington Avenue in Point Breeze, after moving from Kensington.

A regular at the old store, he was first in line at the new one Friday.

“I’m looking for a certain thing,” he confided, “a Kohler toilet. They had it at the other place but they didn’t want to sell it because they wanted to bring it here. They wanted all the good stuff to come here.”

ReStore wants to make a good impression in its new neighborhood, where there have frequently been tensions between long-time residents and newcomers who are gentrifying the area, attracting new businesses.

“This is an example of an affordable, work-force opportunity for individuals so they can become homeowners so I think this services everyone, new residents and old residents as well. Who wouldn’t want to save a dollar?”

“The donor gets a tax deduction, people get nice things for their homes, things don’t go into a landfill and, the best part is, all the proceeds go to build and repair homes in Philadelphia.”

It was certainly a win for Colon, as he rolled up to the cash register to pay for his toilet: