Habitat for Humanity Philadelphia is celebrating a major milestone.

In the coming weeks, the nonprofit will finish up repairs on a two-story rowhome in Hunting Park — the organization’s 1,000th project since launching in 1985.

The project in North Philadelphia is part of Habitat’s Veterans Repair Corps Program, which provides critical housing repairs at a deep discount to homeowners who have served in the military.

When the work wraps, Elouise and Joe Thompson will have a new roof, a rebuilt porch, a repaved walkway, new windows, and a new heater. Work crews also made some electrical repairs.

All in, the improvements would have cost upwards of $15,000, a prohibitive amount that had the couple looking into senior living communities years before they had envisioned making that move.

With the help from Habitat, they can now stay in the home they’ve shared for two decades, and eventually pass the property onto their children, some of whom they raised there.

Joe Thompson, 90, who served with the U.S. Army Corps of Engineers in the 1950s, said he’s grateful for all of the repairs, but most immediately the heater, which was on its last legs and just barely got them through last winter.

He said trying to squeeze more life out the system simply wasn’t an option.

“That was impossible,” Thompson said.

O’Connell, a member of Habitat’s leadership team for more than a decade, said stories like the Thompsons’ are what keep her going in the face of so much need.

To date, Habitat has built 246 new homes and repaired 754 more, including the Thompsons’ house in Hunting Park. The majority of those projects are located in sections of West and North Philadelphia.

Nearly all of the funding for Habitat’s work, completed by staffers and volunteers, has come from the private sector, including corporations, foundations, and individuals. 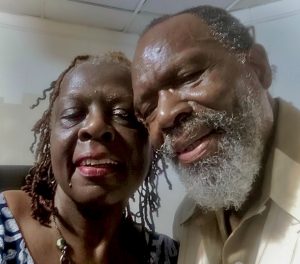