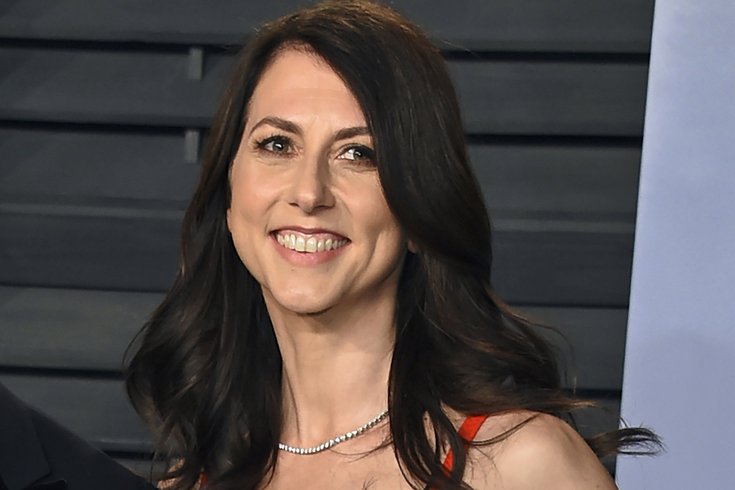 MacKenzie Scott’s $436 million gift to Habitat for Humanity is the largest publicly-disclosed donation from the philanthropist since she pledged to donate the majority of her wealth.

Habitat for Humanity Philadelphia has received the largest one-time gift in its 37-year history from MacKenzie Scott.

The $5 million donation is part of a $436 million gift the philanthropist made to Habitat for Humanity International and 84 affiliate organizations in the United States. Habitat Philadelphia plans to use the funding to address the city’s affordable housing shortage.

“This transformational $5 million represents so much more than a generous donation,” Habitat Philadelphia CEO Corinne O’Connell said. “With this catalytic gift, MacKenzie Scott is signaling that she believes in Habitat Philadelphia’s vision of a city where everyone has a decent place to live.”

Habitat for Humanity International received $25 million; the remaining $411 million was distributed to the nonprofit’s affiliates, the organization said.

The gift is unrestrictive — meaning that the money can be used however Habitat for Humanity chooses.

Habitat Philadelphia said the donation will help expedite its efforts to build and repair more homes, invest in technology to accelerate growth and expand advocacy efforts to address systemic racism in city housing.

The lack of affordable housing in Philly can be tied directly to the city’s poverty rate, Habitat Philadelphia says. Roughly 23% of city residents are in poverty, and more than 121,000 families live in poor housing.

“This gift allows us to never pause,” O’Connell said. “There are always roadblocks in this work, but throughout our history we have been scrappy, determined, exhausted, infuriated, motivated and relentless in pursuit of our mission. This unrestricted support will allow us to move immediately from one project to the next, and work alongside more Philadelphia families to ensure they have a safe, warm and dry place to call home.”

Since opening in 1985, Habitat Philadelphia has built and repaired hundreds of homes to help residents in need of an affordable, decent living space.

Scott’s gift to Habitat for Humanity is the largest publicly-disclosed donation since the billionaire pledged in 2019 to donate the majority of her wealth, the Associated Press reported.

“We are incredibly appreciative of this extraordinarily generous gift from MacKenzie Scott,” Benefits Data Trust CEO Trooper Sanders said Tuesday. “It is a testament to the importance of Benefits Data Trust’s work to improve health and economic mobility by increasing equitable access to assistance. Nobody should have to choose between putting food on the table, heating their homes or taking medicine. This gift will help us more rapidly scale our work and innovations to fundamentally modernize how people access assistance.”

Scott has promised to give away more than half of her wealth following her divorce from Amazon founder and executive chairman Jeff Bezos. Scott’s net worth is $49.3 billion, according to Forbes.

Donations from Scott and her husband, Dan Jewett, have surpassed $8 billion in the past two years. Jewett was formerly a chemistry teacher at Harriton High School in Bryn Mawr, Montgomery County from 2002-2011.