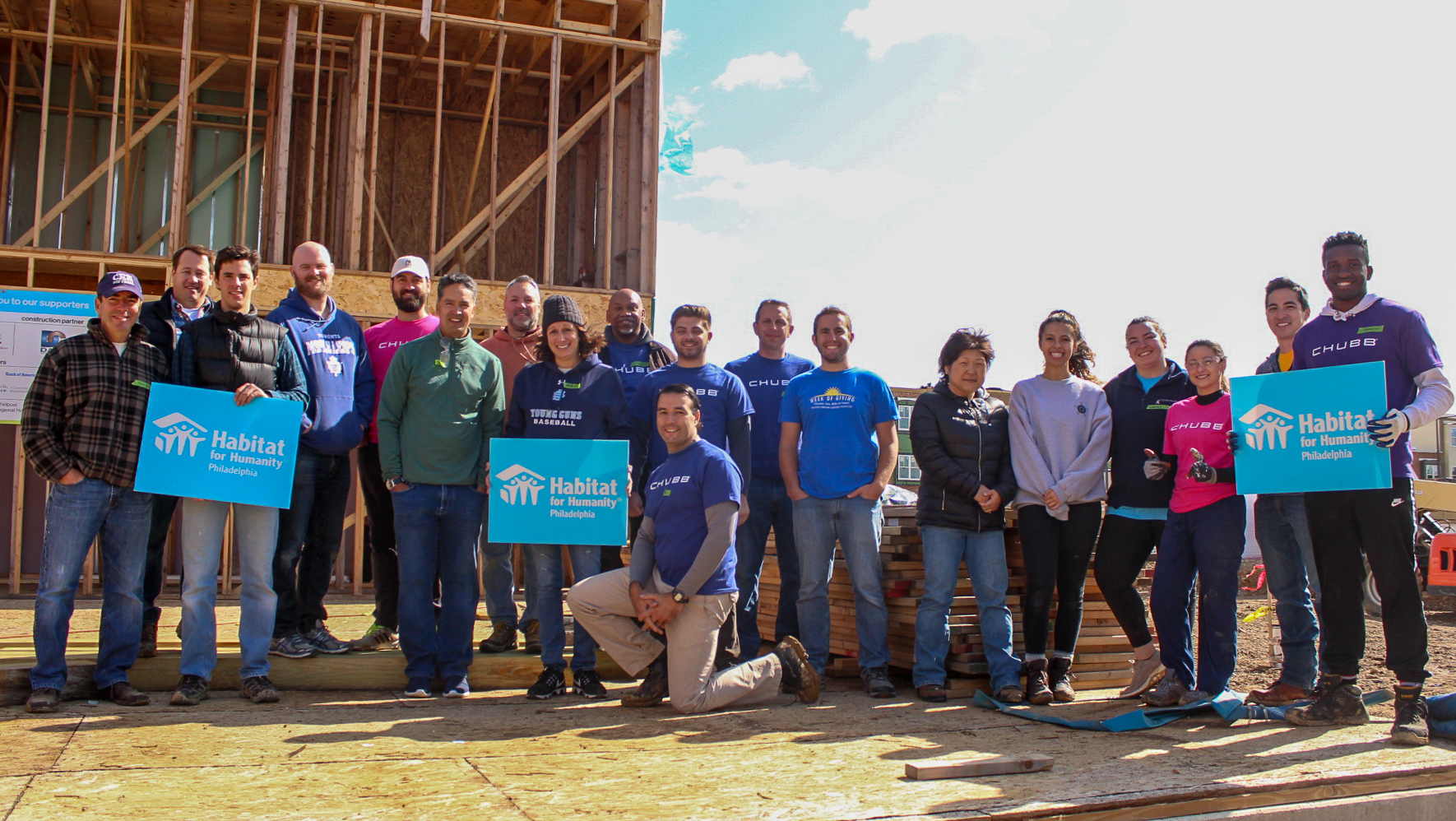 Financial and volunteer support from Chubb allows Habitat for Humanity Philadelphia to serve families that are in need of safe, affordable housing options. Habitat provides homeowners with an affordable mortgage that they can pay off in 30 years without accumulating interest and with 350 hours of sweat equity in lieu of a down payment.

“Chubb shares in Habitat’s vision of a world where everyone has a decent place to live,” said Corinne O’Connell, Chief Executive Officer at Habitat for Humanity Philadelphia. “They are both a global and strong local partner. Chubb’s Annual Week of Giving is just a sliver of the year-round support they contribute to build strength, stability and self-reliance with Habitat Philadelphia.”

Chubb has been a financial supporter since 2008, a continuous sponsor of Habitat’s annual Building Hope Luncheon since its inception in 2010, and an organization that volunteers more than 250 hours a year to Habitat for Humanity Philadelphia.

“Chubb is happy to work alongside Habitat for Humanity in Philadelphia to help make a difference in a community we share,” said Robert Poliseno, Mid-Atlantic Regional Executive Officer, Chubb. “Chubb has a rich history of fostering philanthropic engagement where our employees live and work, and we are proud to invest in the well-being of our community by participating in projects that support Habitat’s mission.”

About Habitat for Humanity Philadelphia

Chubb is the world’s largest publicly traded property and casualty insurance company. With operations in 54 countries and territories, Chubb provides commercial and personal property and casualty insurance, personal accident and supplemental health insurance, reinsurance and life insurance to a diverse group of clients. As an underwriting company, we assess, assume and manage risk with insight and discipline. We service and pay our claims fairly and promptly. The company is also defined by its extensive product and service offerings, broad distribution capabilities, exceptional financial strength and local operations globally. Parent company Chubb Limited is listed on the New York Stock Exchange (NYSE: CB) and is a component of the S&P 500 index. Chubb maintains executive offices in Zurich, New York, London, Paris and other locations, and employs more than 30,000 people worldwide. Additional information can be found at: https://www.chubb.com/us-en/

Keeping homeowners safe in their homes and stabilizing neighborhoods