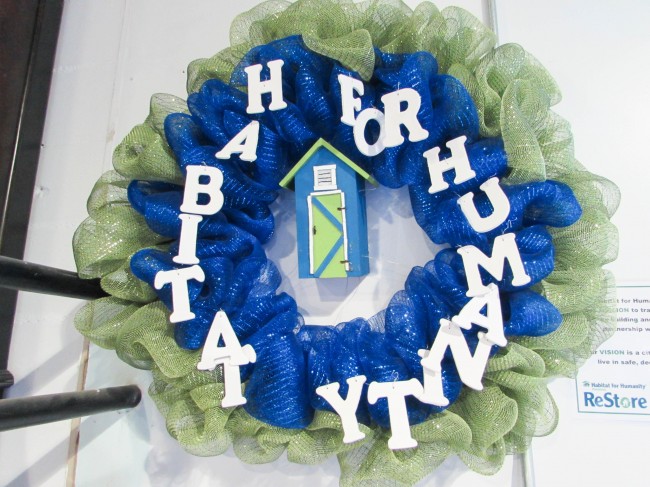 Habitat for Humanity’s ReStore is prospering after moving from Kensington to Point Breeze.

The nonprofit store’s new location at 2318 Washington Ave. is surrounded by appliance and construction supply stores. The store’s goods are donated and profits are given to Habitat for Humanity Philadelphia. The passing traffic on the busy two-way street in South Philadelphia makes this new location better than the previous building at 2930 Jasper St.

“We were in Kensington for about three-and-a half-years,” said store manager Gregory Bradley, 30. “We were on a small one-way street, kind of in a back alley of Kensington. A lot of folks were having a hard time finding us.”

In May, the Kensington store temporarily shut down to transport its contents to the new location in South Philadelphia. The 17,000-square-foot space is smaller than their former 19,000-square-foot warehouse.

“We decided to make a big jump and come to a growing community on a main stretch like Washington Avenue in hopes of attracting more drive-by traffic and being a little bit more accessible to our shoppers and donors in South Philly and Center City,” said Bradley.

Bradley graduated from Temple University in 2012 with his master’s degree in community and regional planning. He currently resides in Point Breeze and works at the nonprofit store located in the community.

Point Breeze’s ReStore is one of more than 700 locations across the United States. These stores run by nonprofit organization Habitat for Humanity raise funds for the organization’s mission to build houses and assist low-income families throughout the country. In the Philadelphia area, there is one ReStore each in Bucks, Montgomery and Chester counties.

Accessible donation centers such as the ReStore assist in preventing usable large waste items such as furniture from ending up in landfills, vacant lots or city streets.

According to the City of Philadelphia’s Community Life Improvement Program, illegally dumping trash in vacant lots or on city streets is a major contributor to blight throughout the city, as well as a crime. Mayor Michael Nutter’s Greenworks initiative aims to have 70 percent of waste diverted from landfills by the end of 2015.

Bradley said that larger donations had increased since the change in location. This includes donations from condos and apartments getting rid of furniture used to stage model residences, hotels undergoing renovation, and offices needing to clear out extra space. Donors can bring their items to the store or volunteers come out to pick up items such as furniture, appliances and construction supplies, in addition to other goods related to furnishing or fixing up a home.

“You never know what you’re going to come across,” said Christy Madison, a Point Breeze resident and repeat customer. “Now people are able to come in and fix their homes and add different things they probably couldn’t afford to use or buy any other time. We were able to buy a large stock of hardwood flooring.”

Bradley’s role as the manager involves keeping an accurate inventory of available goods, coordinating staff and volunteers, and chasing good donations. When it comes to reorganizing the store to accommodate new goods, he and his staff go through the process that he calls “movin’ and shakin’.”

“I think the potential in Philadelphia is huge because of the massive huge-scale renovations going on in the city, new construction, and fixing homes in Point Breeze,” said Bradley. “There’s no stigma in getting a used couch as long as it’s in great shape and is a great deal.”

“There’s a good selection for everything for the house,” said customer Dora Xavier, a Passyunk Square resident. “I think it fulfills a niche for people who are looking for things for their home and can’t afford things from a retail store for full price. So it’s nice to have this option.”

There are also times when the store receives donations other than the typical table and chairs or secondhand couch.

“Right before our grand opening, we received the most giant life-sized print of Arnold Schwarzenegger from his ‘Terminator’ days, which was amazing,” said Bradley. “We kept it around for awhile for display because we loved it so much, but eventually we sold it – it was a sad day.”

The ReStore is open from 9 a.m. to 5 p.m. Wednesday through Friday.

Wells Fargo Volunteers and Foundation Team Up with Habitat for Humanity